The Nation Comes Together to Help MaShelembe. On September 14th, Mmakwethu aired one of their most emotionally draining shows ever. The controversial show which airs on Mzansi Magic, seeks to help married men introduce isithembu (polygamy) to their first wives.

The husband first engages the presenter Musa Mseleku, and explain why he wishes to take another wife. The two men then together discuss how to break the news to the first wife. It’s not always a pleasant meeting, because a lot of secrets are then revealed. In most cases the first wife finds out that the relationship has been going on for years, or worse still, there are even kids involved. Because of culture most of the women have no choice but to accept the situation, no matter the hurt and humiliation it brings them.

Last night’s episode, was however the worst according to viewers. The aspiring polygamist Langa, wanted Musa to assist him in asking his wife, MaShelembe, to accept his mistress MaSithole as his second wife. The worst part is that Lobola has already been paid for MaSithole, without the knowledge of MaShelembe. The potential second wife was also arrogant, and had no remorse none whatsoever to MaShelembe.

The good thing is that MaShelembe packed her bags, and left that toxic environment. Viewers were touched by the whole episode and showed empathy to her. Some people even went to the extend of offering any kind of help to MaShelembe just to restore her dignity. Pledges in the form of jobs, clothes, money and treats has been poring in since the episode aired.

#mnakwethumzansi who has her numbers, I wanna treat her to a beautiful spa day and get her to Arise with Power… pic.twitter.com/3CT3OoWj9N

The amount of people that are coming out to help uMashelezi is astounding, my goodness! She is getting job offers, some are offering to help her farm, some want to give her land to farm. From Facebook, Twitter, tiktok you guys are unbelievable! It's heartwarming#mnakwethumzansi pic.twitter.com/FHOw9mlXgl

The women in Ladies House on Facebook found maShelembe from #mnakwethumzansi. Someone has offered her a job and a place to stay with her kid in JHB. Others are still trying to find out how they can help her leave that toxic environment! 👏🏽

God is great all the time.a certain company has offered Mashelembe a job and she will b relocating to joburg with her child
Special thank you to those who did their part in helping the sister in need.God will bless u more#mnakwethumzansi pic.twitter.com/9fbXyqU1X9

I want give her one or two of our feel good dresses just to lift her spirit! #mnakwethumzansi pic.twitter.com/sgEkBpKw9e

Big ups to Ladies House Group for reaching out to MaShelembe 👏👏🥰🥰🥰❤️❤️, she’ll be coming this side month end and the ladies are making financial contributions to her , her life is about to change for better…. #Mnakwethu #mnakwethumzansi pic.twitter.com/b3jRKThUfU 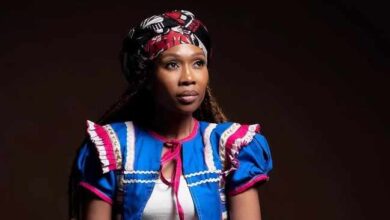 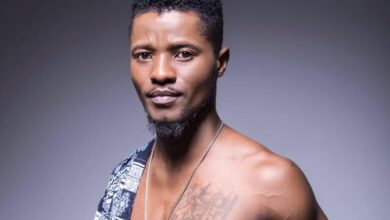 Khanya Mkangisa Makes a Major Comeback to The Queen 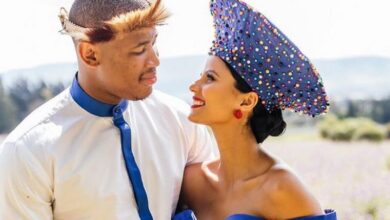 SA Celebrities and Their Epic Traditional Weddings So Far in 2021