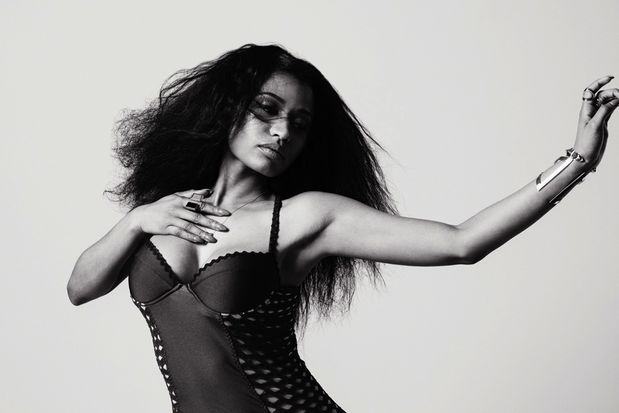 Nicki Minaj seems to have accomplished more in the last four years than most are able to achieve in their entire careers, especially as a rap artist. Now, as she gears up for the release of her third studio album, she’s returned to her Hip Hop roots, while getting back to the essence of “Onika Maraj.”
In the midst of delivering bars on three new tracks that dropped over the past week, she’s also covering the newest issue of Fader Magazine. In her cover story, it feels as though we are getting reintroduced to her all over again as she reveals a few new things about herself including her thoughts on going mainstream, what makes her cry, and why she continues to launch different ventures outside of music

Here’s what we learned from Fader Magazine:

1) She’s learned to control her emotions

I think early on in my career, I was… I was… just a little bit crazy. I took everything personally. That’s just not good, and it’s not healthy. I think one of my best attributes now, as a businesswoman and an artist and a professional person, is being able to think before I speak. I’ve learned that everything I think doesn’t necessarily need to be stated. 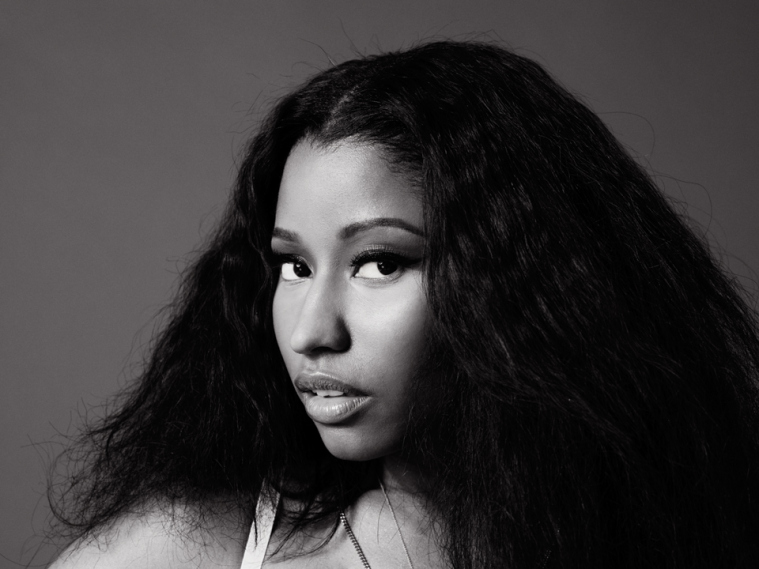 “My point of saying what I said was that women need to have a perspective,” she starts off. “If we’re out here saying that we’re so confident, and we’re so this and so that, but we don’t even trust ourselves to write down our own thoughts and spit it on a beat?” She’s getting ignited, her volume picking up. “It just doesn’t add up.” Then she launches into a verbal love letter to The Miseducation of Lauryn Hill: “I knew those were Lauryn’s words, and it made me fall in love with her mind.”

I was making a point [during my BET Awards speech] to say that the business kills so many people and we don’t even realise it,” she says. “I can only imagine how many people in this business have died because they may not have wanted to… to be embarrassed publicly. We care so much about what the world thinks that we don’t live, really.” But what had happened to her? Had she fainted or had a panic attack? “I don’t even want to talk about it,” she says, avoiding eye contact.

Asked if she’s always taken pains to keep private, Nicki brusquely offers, “Yup.” I mention that there are new tabloid rumors that she and Samuels were recently engaged, and she stares straight ahead for several moments, expressionless, as though she’s trying to will the question away. During the shoot earlier, Samuels had Instagrammed a photo in which he was pictured lifting Nicki in the air, but he deleted it. Later, partitions were erected and cell phones banned from the set when she decided there were too many eyes on her. If they’re a couple, they’re good at hiding in plain sight. 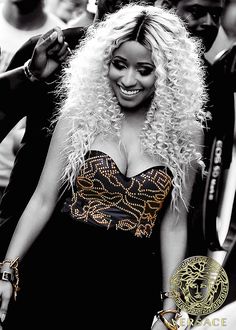 5) Talking about her family makes her cry

She has a younger brother, too, who recently turned 16, and Nicki says that lately she’s experienced bouts of guilt over leaving her siblings. Her younger brother was just a child when she signed with Young Money and left her mom’s home. “One day he asked my mother, ‘Do you ever think there’ll come a time we all live in the same house again, and Onika will be back and she’ll have her room, and I’ll have my room?’” Nicki says. “And it just broke my heart.” Before a tear can muck up any of her makeup, Samuels wordlessly pops up from the couch to nab her a tissue. As soon as the curtain of Nicki’s private life cracks open, revealing the sacrifices she’s made for her career, it’s pulled back again. “I don’t want to get emotional,” she says, “I just miss them. Every time I talk about them, I get emotional.”

6) She will never look at Lil Wayne as a peer

In the early days of her career, sometimes she’d text message him, and he’d respond with a comically disappointing one-word answer. “Now we can have conversations and enjoy each other,” she says. “But I don’t think I’ll ever feel like he’s my peer because of how much he’s done for me. I’ll always think of him like…” she pauses, grins and breathlessly bats her painted eyelashes like a starstruck teen. “Like the king.” Years earlier, he’d noticed her on the budget hip-hop documentary series The Come Up DVD, sought her out and mentored her. “I give Wayne credit because he saw me and pretty much picked me out of a lineup, and he knew enough to run with Drake as well,” she continues. “From early on, he was so generous with helping younger artists, and it paid off well for him.”

7) She was nervous about going mainstream

“I remember when I started doing mainstream stuff,” she says, “and I was like, ‘Oh my god, are they gonna like me, or are they not gonna like me?’ At the beginning, I was very nervous.”
“I felt like my pop music made me have to retell my story. My credibility as an MC—I never thought I would have to explain that,” she says. “I thought it was so evident that I belonged here [in hip-hop]. Looking back now, I love that I was pushed to reinvent myself,” she says, “because when I sit back and I really look, I need hip-hop, and hip-hop needs me.”

8) She’s out to prove that a black woman, especially a rapper, can sell things outside of music

When asked if she’s ever considered dialing back on any of the extracurriculars, Nicki is firm. “Helllllll no,” she says. Rap cannot contain her music, and neither can any one pursuit contain Nicki’s ambition. “I’ve done things where people are like, ‘Uhhhh,’” she says, making a theatrically perplexed face. “But every time I do a business venture or something that isn’t the norm for a female rapper, I pat myself on the back. It’s important that corporate America can see a young black woman being able to sell things outside of music.” Then she mentions that she’s planning a deal with the Home Shopping Network, and her eyes grow huge: “A female rapper! With HSN!” 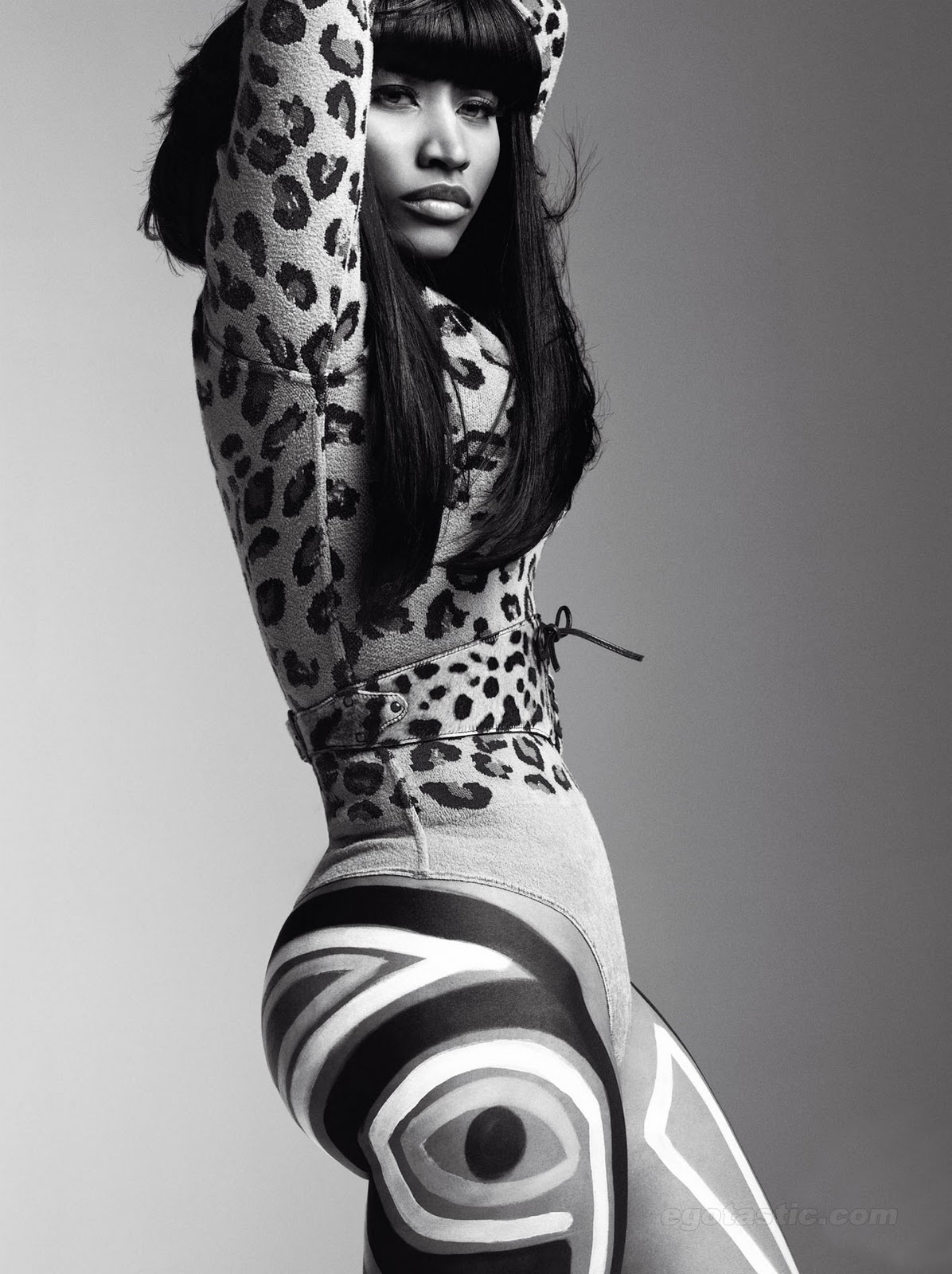