Bujy Bikwa Releases a Statement Following The Boity Assault Incident. Could this be a case of a story having three sides? Is there more to the trending story of Boity Thulo being assaulted by Bujy Bikwa? Well, Bujy has just shared his side of the story, and once again social media users deliberate on what could be the real truth.

The truth of the matter though is that there was an altercation and indeed, Bujy assaulted Boity at Courtyard Hotel in Midrand last week. There is a trending picture on social media of an injured Boity being taken to hospital after the assault incident. One other thing that has people talking is the trending audio where Bujy can be hear making threats. Bujy thus spent a week in police custody, after Boity laid assault charges on him. He was released on Wednesday after paying a R2 000 bail.

The former radio presenter now podcaster has finally shared his much anticipated side of the story. Bujy said that he has been through the roughest, emotional and difficult time regarding allegations against him of gender based violence. Although he doesn’t condone what happened on the night, Bujy says he feels victimized as he was not given the opportunity to relay his side of the story.

Bujy also revealed that he was verbally abused by Boity on the night. He also said he unintentionally threw a glass at Boity out of frustration. To try to make amends, Bujy says the after the incident took place, unfortunately his efforts were not a success. He has also opened a counter case of common assault for being physically attacked.

“I was verbally abused and told that my surname has no relation to who I am and because of that, that is why my career is not going anywhere in terms of growth, in-fact “what is it that I do in the media industry because I’m actually nothing!” Bujy said.

Check out the rest of the statement below; 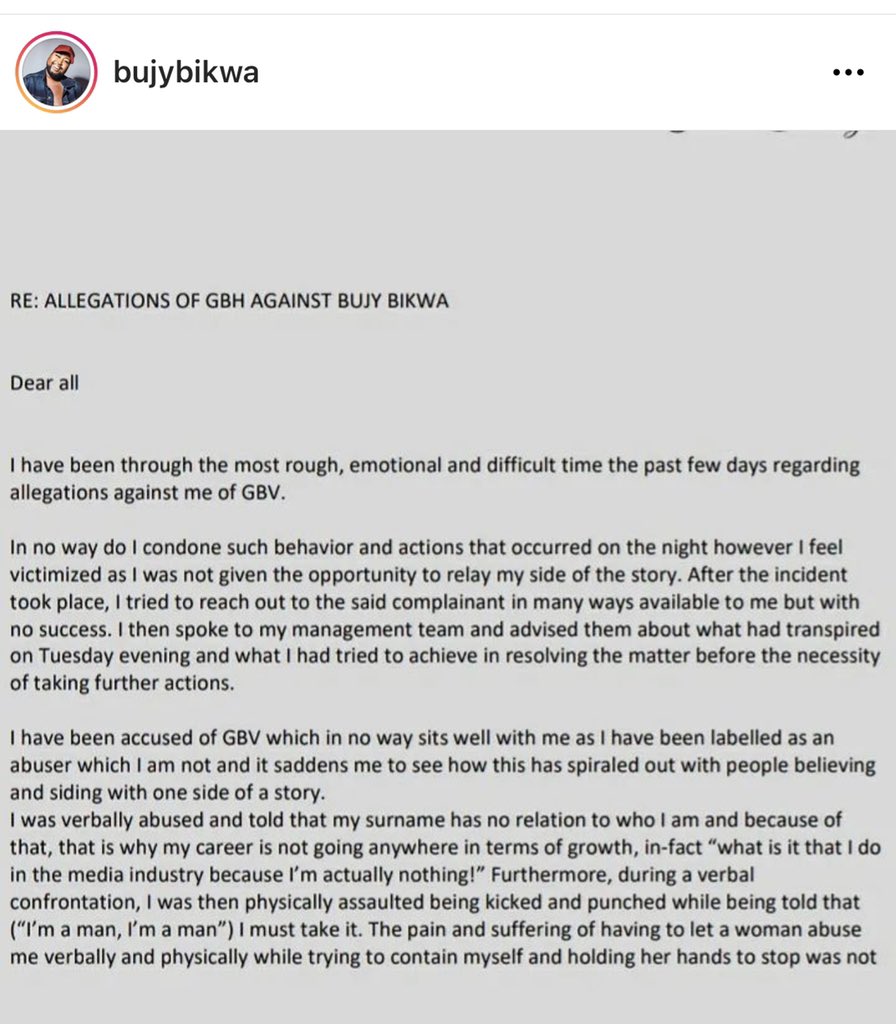 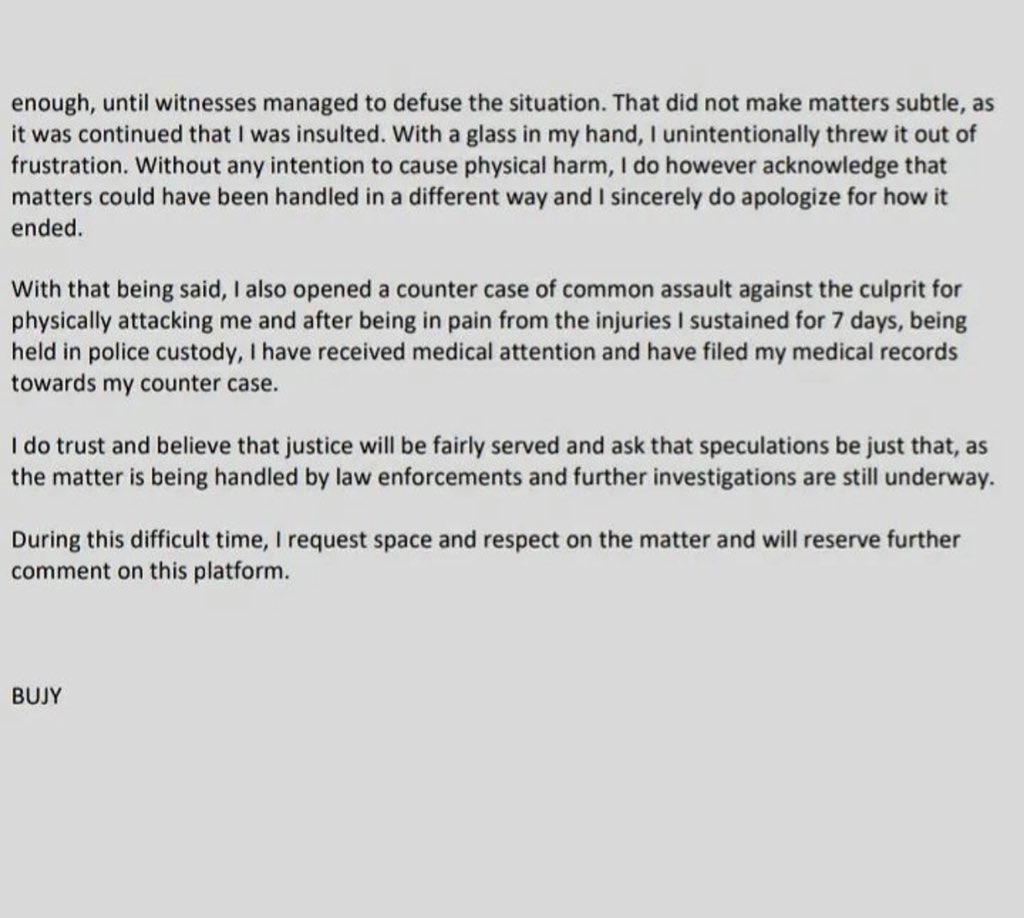