Mkhululi Siqula best known as ‘Heavy-k DRUMBOSS’ hails from the dusty under privileged location called Veeplaas that is situated in Nelson Mandela Bay formerly known as Port Elizabeth in the Eastern Cape region. At a very tender age he has managed to compose music for national and International artists for his crew and also under his own name Heavy-k. 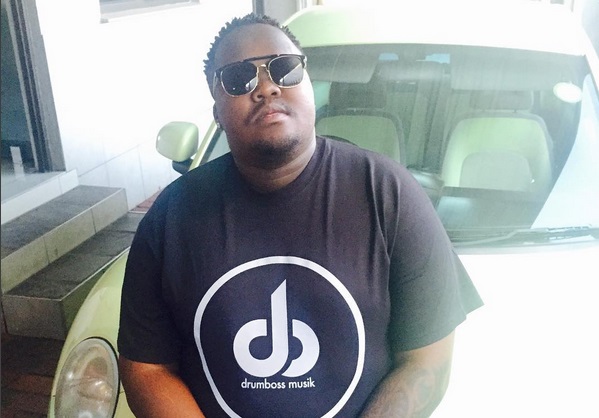 Heavy recently took to Facebook to share his story about when he first started producing pointing out that he is now working with the best in the game.

He wrote: “My First Album RTD2013 it was produced & mixed in my shack back home in PE! Ft hits like Wena,Beautiful War,Yini,Gunsong,Katalina,by yr side Today I’m here Rubbing Shoulders with Best Engineers?? I’m Proud of My Hard Work.” 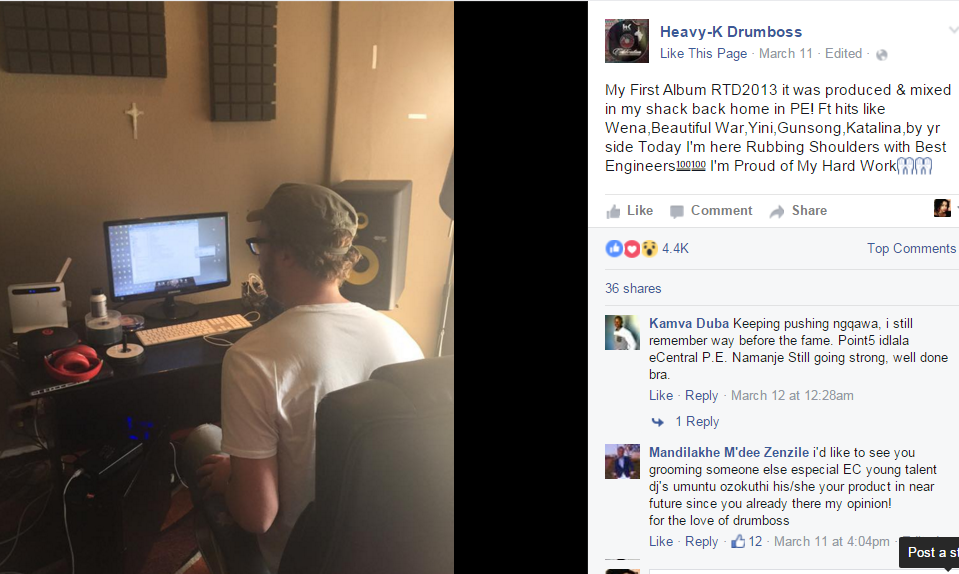