Dj Sbu is a famous Dj and TV personality known for his hustling character – but it seems his drive is getting him into too much trouble. We guess it’s safe to call him, Dj “Always in trouble” Sbu?

Well, we don’t know what to say anymore. Dj Sbu, real name Sbu Leope can’t seem to stay out of the news. Let’s get straight to it, it has been discovered that club Chiefs is suing Dj Sbu for ambush marketing. 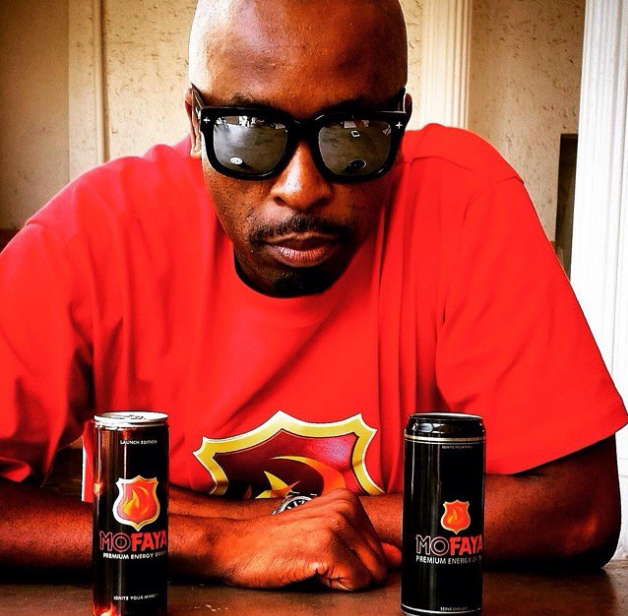 This came after he used their name and that of three of the club’s senior players to promote his drink.

Earlier this year,  a picture of the Kaizer Chiefs players, Morgan Gould, Siboniso Gaxa and Tsepo Masilela wearing shorts with club colours, as well as Mofaya t-shirts, circulated on social media. The Dj apparently tricked Chiefs players into posing for a picture with him wearing Mofaya promotional T-shirts. 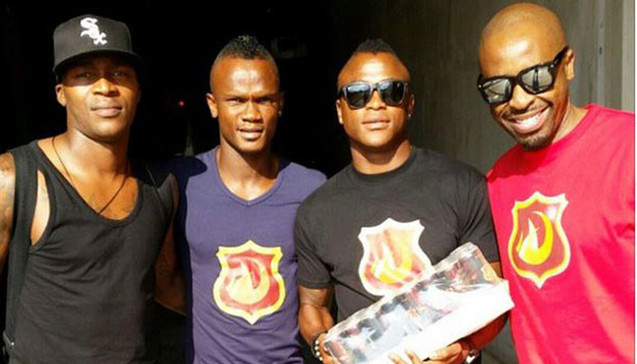 The Amakhosi management were not impressed at all when they saw the image and updates where that the three players have since been disciplined.

The three Kaizer Chiefs players were then fined by the club for posing for a picture with DJ Sbu and his energy drink, Mofaya.

“Our marketing manager told us during the workshop on Monday that they had reprimanded and fined the players who promoted DJ Sbu’s energy drink without the club’s permission,” an independent source confirmed.

The source also said the club had taken legal action against him and that our lawyers had met with his lawyers.

“His blunder was that he apparently tweeted the club was supporting the drink and the players were using it. “But why use the club’s name? I don’t know how much these players were fined, but it’s a lot.” the source added.

“The matter is at the stage where we are unable to comment,”  said the Chiefs PR manager Vina Maphosa.

“Speak to DJ Sbu. When we are ready we will go public about it.”

DJ Sbu declined to comment when he was contacted.