2012 was Eben’s breakout year into the Super 15. He was selected for the Springboks too in 2012 after impressing world rugby critics with outstanding performances all round. He was a big part of Western Province winning the Currie Cup after a drought of 12 years. Eben is fast becoming a force to be reckoned with on the world rugby stage and is a firm favourite in the Springbok squad. The following are 10 things you probably didn’t know about Eben Etzebeth. 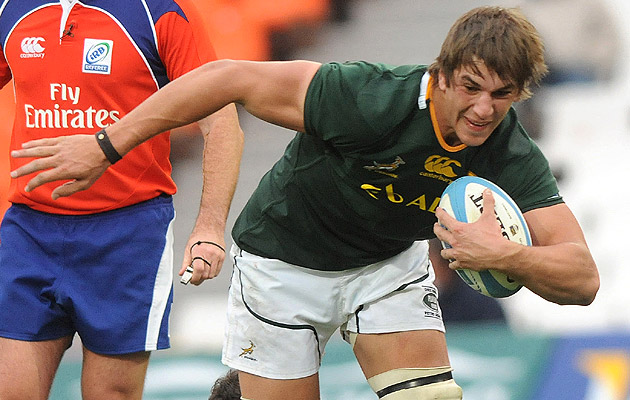 1. His favourite music is Afrikaans music and Rave

5. He was a member of the South Africa Under 20 team that competed in the 2011 IRB (International Rugby Board) Junior World Championship

6. He made his Stormers debut on 25 February 2012 against the Hurricanes

7. His playing position in Lock

8. He was awarded Man of the Match while playing for Western Province in the semi-final of the 2012 Currie Cup