Inspirational, Soul Musician Masandi has joined one of the most popular shows on Mzansi screens, Uzalo.

The SAFTA, best soapie award winning production will be making use of a new face, to add colour to the show. Masandi (real name Sandile Mfusi) was announced as one of the additions onTuesday via social media by the tv show.

Masandi plays ‘Kwanda Buthelezi‘, who enters KwaMashu as a driven and charming drug lord that woos Nonka into his attractive web, concealing his ulterior motives.

Masandi’s tv debut is set to begin on screens in April 2022.

The musician is not a newcomer in the entertainment industry, as he has appeared in Isibaya and The River.

“I’m excited and happy for this opportunity. This a huge breakthrough for my career” comments Masandi.

The ‘Amagate‘ hitmaker charted into the new year with his single taking the number 1 spot onGagasi FM’s afro pop charts , and is working on his upcoming single ‘Noma Kunzima’ slated for release March 25th. 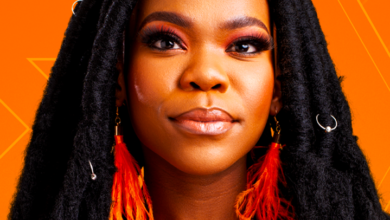