Sad Note: South Africa Mourns Legendary Actor Patrick Shai. The entertainment industry has been hit by yet another hard blow. The country woke up to the sad news that award winning legendary actor, director and activist, Patrick Shai, has passed away. The news was confirmed by his family, who posted that he passed this morning (Saturday 22 2022).

Shai is one of the most talented actors to come out of this country. He is best known for the roles in major shows like Soul City, Generations, Skeem Saam, 7de Laan and Zero Tolerance. Patrick recently joined the cast of The River, where he played Phasha.

Although his family is yet to share more details, Sunday World has reported that Shai has allegedly committed suicide in the garage of his Dobsonville home this morning.

He has been trending on social media over the past couple of days after the video he shared. Shai came under fire for using inappropriate language in a video posted on social media, when he challenged rapper Cassper Nyovest to a boxing match. Shai later released a public apology to the rapper and everyone affected by his remarks, saying it was irresponsible of him.

As much as that video somewhat tainted his image, Shai will go down history, as one of the best actors we have ever had. South Africans took to social media to remember him as an actor, as well as talk about issues of mental health. 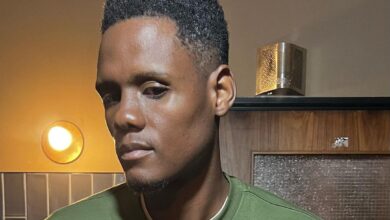