Despite all the controversies surrounding her, there’s one thing clear about Kelly- she is a talented singer, no doubt and question about that. However, another thing that is also apparent about Ms Khumalo is that her name is synonymous to scandal. Her previous three famous relationships all ended in agony. It is an open secret that her relationships with Prosper, Jub Jub and Senzo where all sparked by constant scandals and some ended in exchanged fist fights. 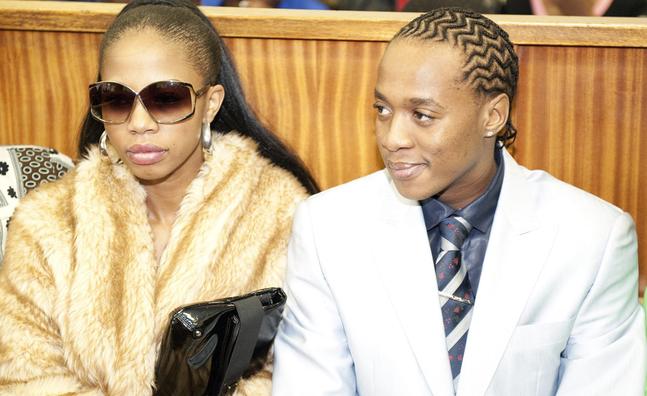 Kelly says her relationship with Jub Jub was a “push-and-pull type of relationship”, where she would often push him away only to forgive him later on. She tried to make her relationship with rap artist Jub Jub work but the abuse and beatings became too much. “I don’t think he was in it (the relationship) for me,” Kelly admits. “It was also about ‘I’m with this it girl’ at the time and maybe it excited me.”

When the rapper was on trial for killing four school children in a drag race in 2010, Kelly accompanied him to court. But by the time he was convicted, Kelly says the pair had already been separated for about a year.

“I had people calling me to ask if I was okay and I was like, ‘why wouldn’t I be okay?’ When they told me that my child’s father had been sentenced to 25 years I was like, ‘Really? Okay. Good for him. “I felt nothing. I’m that kind of person. When I close the door on someone or something, I close it completely,” the Ngumelo singer added.

Kelly Khumalo and Jub Jub’s son Christian turned 5 this year. Khumalo suprised Christian with a birthday party at his school. Kelly wrote “As he turns 5….yeeepy happy birthday son, i pray that you grow up to be better than me” and captioned the picture ‘From us, Happy Birthday Christian!

Kelly and  her son, Christian