He publicly condemns weaves and said he doesn’t take photos with women wearing weaves but it seems Hugh Masekela was pulling a fast one on us. Apparently, a particular photo was recently shared on instagram showing Bra Hugh with a female Dj wearing a weave. Say it isn’t so? Well, we re talking about the one and only Bra Hugh who has been emphasizing extremely his dislike for weaves in one pic with popular Dj, Zinhle Jiyane who went to post the pic on her instagram and wrote “When Bra Hugh says he doesn’t want to take a picture with someone who has a weave.” 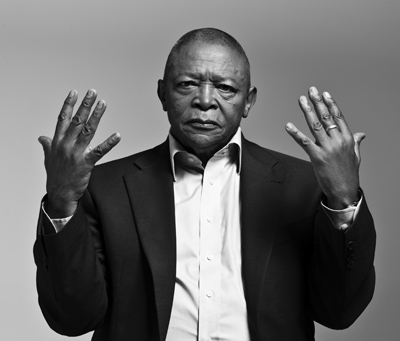 Hmmmm….. Could it be that Bra Hugh has changed his mind after all? or he doesn’t have a problem taking pics with celebrities wearing weaves? Well, Dj Zinhle is one of the most successful Deejays in South Africa, so we wouldn’t so be surprised if Bra Hugh didn’t refuse to take a photo with her. But we are completely confused right now!

It’s best you check out the pic for yourself below…..

Is it true Bra Hugh? Really? 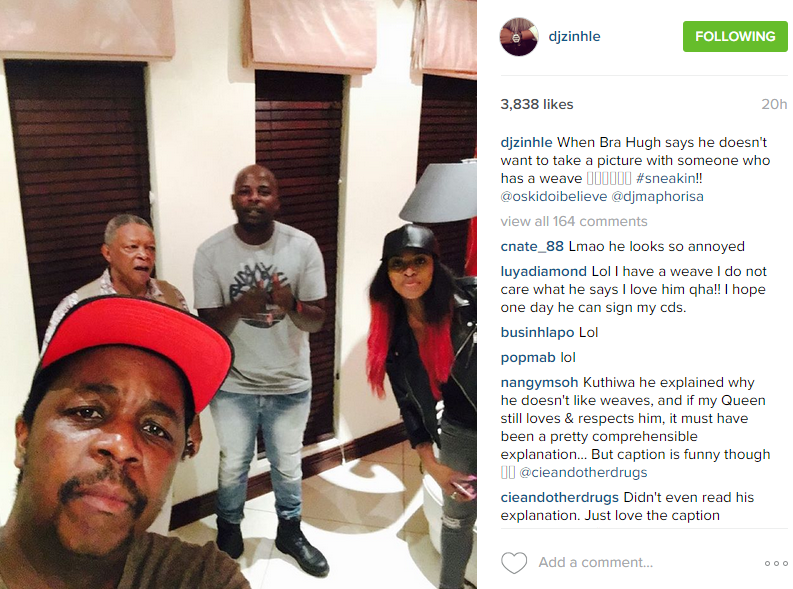 Now wait a minute! Before you call him a hypocrite and all, notice how absent Bra Hugh looks on the pic? Perhaps the picture was taken when he least expected. Dj Zinhle did mention in her post that she did a little bit of sneaking. LOL, Dj Zinhle!

Who knows, Bra Hugh might just changed his mind soon?