20-year-old Gigi Lamayne has taken the country by storm with her charismatic stage presence, and remarkably mature lyrical abilities. Born Genesis Gabriella Tina Manney, Gigi is a young up and coming female rapper, singer, poet and songwriter from Johannesburg. Gigi is a four-time South African Hip-hop Award winning female, a rising queen of African Hip-hop is already making her mark as a talent to be reckoned with within the South African music industry 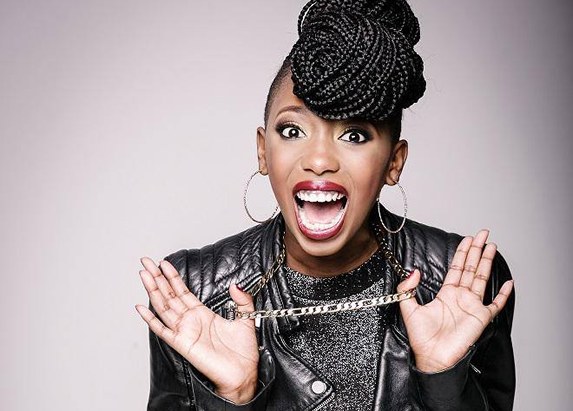 We’ve listed 10 things you probably didn’t know about Gigi Lamayne, check them out below…….

2. Gigi is a University of Witwatersrand (WITS) Dean’s list student. She is pursuing a degree in media studies. She is currently in her final year.

3. She was nominated for Best Collabo for the Ice Cream remix which features Khuli Chana at SA Hip-hop Awards this year.

4. International acts Gigi would like to perform with are Nicki Minaj, Kendrick Lamar and Eminem.

7. Her poetic skills were developed at the tender age of 11, having her first poem titled “Valentine’s Day” published at the Poetry Institute Of Africa under the Anthology-Fairytale moon. She narrowed her path into rap at the age of 16.

9. Her talent was realised during an exchange programme in the UK under the Branson Scholarship programme at Stowe School Buckingham during her performance, taking up runner-up and secondly at The DCS showdown East District in 2011 scooping Best in Rap Category.

10. In 5 years time, Gigi would like to see herself being one of the most recognized acts in Africa.