Besides almost always winning his own line-out ball, Victor is known for his exceptional skill at disrupting opposition line-outs, a skill that was a cornerstone of their 2007 World Cup success, where he was crowned IRB (International Rugby Board) player of the Rugby World Cup – and his speed around the field led former Australian coach Eddie Jones to comment that he should be an Olympic sprinter instead. Here are 10 things you may not have known about the legendary Victor Matfield. 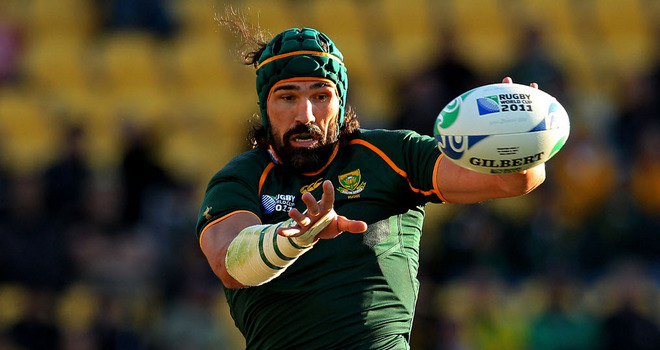 1. Victor is from Polokwane

2. He grew up with equal love for the game of Rugby and Cricket

3. Victor retired from all kinds of Rugby after the 2011 IRB (International rugby Board) Rugby World Cup and decided to coach the Australian domestic rugby side New South Wales Waratahs

6. In 2014 Victor decided to go back to the rugby field and signed a 2 year contract with the Bulls

8. Victor attended the University of Pretoria

9. He has two daughters, namely Giselle and Jaime

10. In 2008, he became the first international captain to defeat New Zealand’s national rugby union team since Martin Johnson of England did it in 2003

Victor played 74 minutes of a brutal Test match with a broken rib in 2010, against England at Twickenham