South African is filled with people who built a legacy and a name, however you haven’t lived a worthy life if it’s not worth putting into a book to share with the world. Biographies are written for different reasons, whether be it to inspire others or uncover a story about a certain person. The list below therefore high lights the top 10 South African biographies worth reading. Obviously not everyone reads everything, but the list has something for everyone.

1.The Soft Vengeance of a Freedom Fighter by Albie Sachs 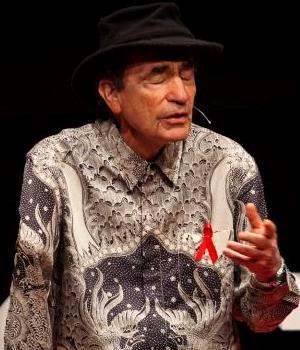 Albie Sachs, an activist South African lawyer and a leading member of the ANC, was car-bombed in Maputo, by agents of South Africa’s security forces leaving him scared for life with his right arm blown off and lost the sight of one eye. This book gives an account of his gradual recovery and his second attempt of entry into the world. It also captures the spirit of a remarkable man – his enormous optimism, his commitment to social justice, and his joyous wonder at the life that surrounds him. In a new epilogue, Sachs gives a gripping insider’s view of the major public events of the last decade-the election of Nelson Mandela, the formation of the Constitutional Court and Sachs’s appointment as judge, and his own role with the Truth and Reconciliation Commission.

2.  Sometimes There Is a Void by Zakes Mda 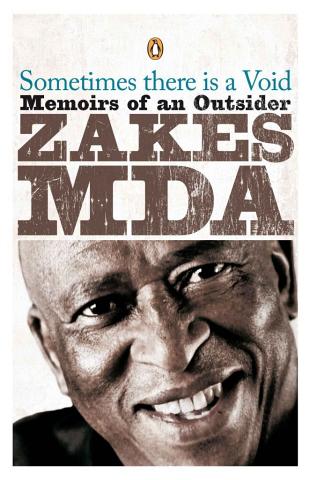 Zanemvula Mda was born in 1948 into a family of lawyers and grew up in Soweto’s ambitious educated black class. At age fifteen he crossed the Telle River from South Africa into Lesotho, exiled like his father. Exile was hard, but it was just another chapter in Mda’s coming-of-age. He served as an altar boy and was molested by priests, flirted with shebeen girls, feared the racist Boers, read comic books alongside the literature of the PAC and wrote his first stories to fill the void at the heart of things that makes him an outsider wherever he goes. In all this, Mda struggled to remain his own man, and with Sometimes There Is a Void he shows that independence opened the way for the stories of individual South Africans in all their variety. 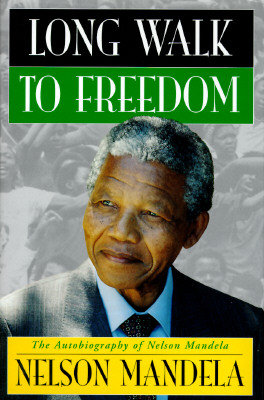 Nelson Mandela is one of the great moral and political leaders of our time – an international hero whose lifelong dedication to the fight against racial oppression in South Africa won him the Nobel Peace Prize and the presidency of his country. Since his release in 1990 from more than a quarter-century of imprisonment, Mandela has been at the centre of the most compelling and inspiring political drama in the world. Long walk to freedom tells the moving story of Nelson Mandela where he comes clean about the extraordinary story of his life an epic of struggle, setback, renewed hope, and ultimate triumph.

4. No future without forgiveness by Desmond Tutu 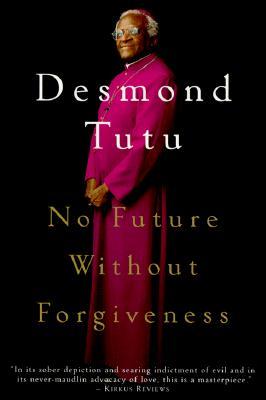 In No Future Without Forgiveness Desmond Tutu argues that true reconciliation cannot be achieved by denying the past neither is it easy to reconcile when a nation “looks the beast in the eye.” Rather than repeat platitudes about forgiveness, he presents a bold spirituality that recognizes the horrors people can inflict on one another, and still maintains a sense of idealism about reconciliation. Tutu shows readers how to move forward with honesty and compassion to build a newer and better world.

5. Eyebags and Dimples by Bonnie Henna 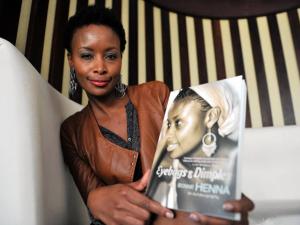 Born in Soweto, Bonnie Henna was discovered at a bus stop at the age of 13on her way home from school by an agent who soon got her a job on the television series Viva Families. She is now an internationally renowned actress with film credentials that most South Africans can only dream of. Her book Eyebags and Dimples is her shockingly naked account of how her depression almost robbed her of her shine and how she continues to fight this darkness. She opens up about her past as a child, her relationship with her mother and how depression was generational in her maternal family. 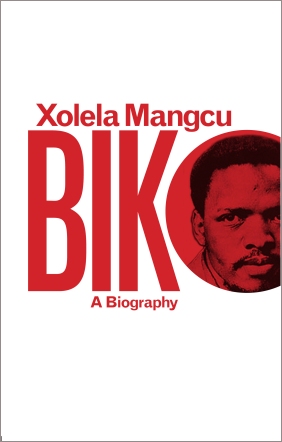 The biography comes 36 years after Steve Bantu Biko’s death in 1977. The author Xolela Mangcu was 11 at the time. He grew up in the same neighbourhood as Biko and often accompanied him to community projects such as Zanempilo Health Clinic, which Biko ran with Dr Mamphele Ramphele, Barney Pityana and others. Biko: A Life is the first in-depth examination of the life of iconic anti-apartheid activist and intellectual revolutionary, Steve Bantu Biko. 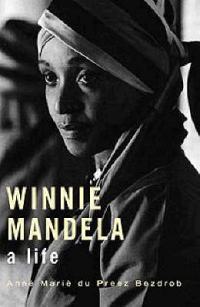 This biography is an in-depth and intimate look at Winnie Mandela’s personal and political life, and takes the reader on a remarkable journey of understanding. The book traces her development from talented and privileged child to dedicated social worker, caring wife and mother, and fiery political activist. It examines her campaign to keep the name of her jailed husband alive, and explores her own harassment, imprisonment and isolation at the hands of the security police. The book investigates the events that have made her such a controversial figure – the allegations of kidnapping and murder, her divorce from Mandela, and the current fraud charges. 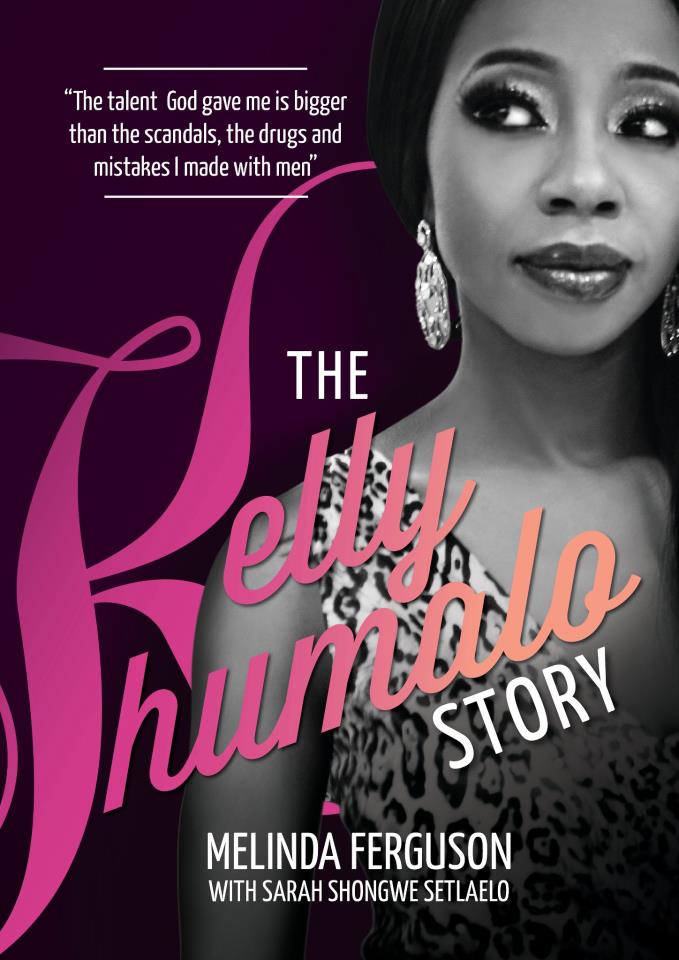 This book tracks the life and times of the fallen township pop princess Kelly Khumalo her fall from grace, disastrous relationships with men, her addiction to cocaine, and finally her hard fought battle back to sanity and her real love—music. Offering a rare glimpse into the backstage of the South African music industry, obsession with sensation and backstabbing, this is a tale of highs, lows, and personal successes. Told by a mentor and friend of Khumalo’s along with her manager, the story provides readers with intimate and brutally real access to her journey of rebuilding and redemption. 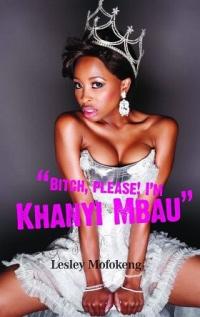 This is the story of a young starlet who let sudden fame go to her head. Her world spirals out of control as fancy cars and rooms full of shoes become more important than self-respect. Khanyi divulges all about her abusive marriage to Mandla Mthembu, the sugar daddy she married at 19. He is also the father of her only child, a daughter named Cannes. She reaches an all-time low when the marriage breaks up and she is left destitute. Khanyi then gets involved in a sordid affair with a married man, Theunis Crous. Their relationship is splashed in the tabloids as are their often very public fights. It is only when she decides to turn her life around that Khanyi has the courage to break up the affair and face an uncertain future. In this book the Queen of Bling bares her soul as she tells of some of the hard lessons she learned and of the things she will never do again.

10. Endings and beginnings – a story of healing by Redi Tlabi 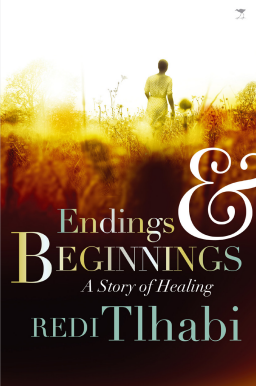 Redi grew up in the ’80s in Orlando, Soweto, with thoughts and emotions so intense they nearly swallowed up her childhood. It was a time when Soweto was under siege from two forces – apartheid and endemic, normalized crime. It was not strange or unusual to refer to so-and-so as ‘the rapist’ or so-and-so as ‘the killer’. It was also at this time that her father – her hero – was violently murdered, his body discovered on the street, with one eye removed. Redi Tlhabi makes the painful journey back to her childhood, a journey in which she eventually finds peace and allows her demons to rest.