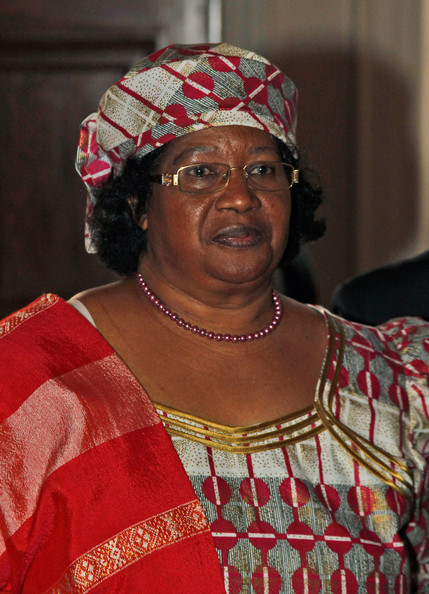 2.  Joyce Banda was born on 12 April 1950 in Malemia, a village in the Zomba District of Malawi. Her father was an accomplished and popular police brass band musician.

3.  Joyce Banda has a Cambridge School Certificate, a Bachelor of Arts Degree in Early Childhood Education from Columbus University an unaccredited distance education institution a Bachelor of Social Studies in Gender Studies from the Atlantic International University, USA, another unaccredited distance education institution and a Diploma in Management of NGOs from the International Labour Organization (ILO) Centre in Turin, Italy.

4.  Joyce Banda is currently studying for a Master of Arts Degree in Leadership at Royal Roads University in Canada. She received an honorary docotorate in 2013 from Jeonju University.

5.  Joyce Banda married Roy Kachale with whom she had three children. By age 25, she was living in Nairobi, Kenya. In 1975, a growing women’s movement in Kenya motivated Banda to take her three children and leave what she has described as an abusive marriage. Her marriage to Roy Kachele ended in 1981. She is now married to Richard Banda, retired Chief Justice of the Republic of Malawi with whom she has two children.

6.  Between 1985 and 1997 Banda managed and established various businesses and organisations including Ndekani Garments (1985), Akajuwe Enterprises (1992), and Kalingidza Bakery (1995). Her success moved her to help other women achieve financial independence and break the cycles of abuse and poverty.

7.  Joyce Banda entered politics in 1999. She won a parliamentary seat in Malawi’s third democratic election as a member of President Bakili Muluzi’s party. She represented the Zomba-Malosa constituency. Muluzi named her minister for Gender and Community Services

8.  Joyce Banda designed the National Platform for Action on Orphans and Vulnerable Children and the Zero Tolerance Campaign Against Child Abuse.

9.  Joyce Banda ran as the vice-presidential candidate of the Democratic Progressive Party (DPP) in the 2009 presidential election, running alongside Mutharika, the DPP presidential candidate. She served as Malawi’s first female vice-president, In a surprise move by the DPP, Joyce Banda and second vice president Khumbo Kachali were fired as the vice Presidents of the DPP on 12 December 2010 for undefined ‘anti-party’ activities. Although she was fired from the position as Vice President of the DPP together with second Vice President Khumbo Kachali, she continued to serve as Vice-President of Malawi as stipulated in the constitution of the Republic of Malaw.

10.  Joyce Banda is the founder and leader of the People’s Party, formed in 2011 after Banda was expelled from the ruling DPP when she refused to endorse President Mutharika’s younger brother Peter Mutharika as the successor to the presidency for the 2014 general election.

12.  Within the first week of her presidency, Banda launched a diplomatic offensive to repair Malawi’s international relations.

13.  In June 2012, in order to reduce the government spendings, Joyce Banda decided to sell her jet and a fleet of 60 luxury cars. Her Dassault jet brought $15 million in revenue.

14.  Joyce Banda revert the flag back to its independence flag, which was originally adopted in 1964.

15.  Before becoming vice-president, she was the founder and CEO of the Joyce Banda Foundation. for better Education, a charitable foundation that assists Malawian children and orphans through education. The foundation has constructed four clinics in four of the 200 villages it assists. The foundation also assists in rural development. It has a partnership with the Jack Brewer Foundation, a global development foundation founded by NFL star, Jack Brewer

16.  Joyce Banda is the founder of the National Association of Business Women in Malawi that was established in 1990. It is a registered non-profit foundation in Malawi. The association aims to lift women out of poverty by strengthening their capacity and empowering them economically.

17.  In 2010, Joyce Banda became a member of the Global Leaders Council for Reproductive Health, a group of sixteen sitting and former heads of state, high-level policymakers and other leaders committed to advancing reproductive health for lasting development and prosperity.

18.  President Banda is named by Forbes as the 71st most powerful woman in the world, the highest African name on the list

19.  Joyce Banda is sister to Anjimile Oponyo, former CEO of the never-built Raising Malawi Academy for Girls founded by Madonna.