Kuli Roberts No Longer Standing As ATM’s Councillor Candidate. What an unexpected turn around of events! A few days ago, Kuli Roberts made waves as it was announced that she was standing for political office. She has been announced as a Councillor candidate for the African Transformation Movement (ATM) in Tshwane. The news was shared by Mzwanele Manyi on Twitter this past Wednesday.

Kuli received a lot of congratulatory messages from most of her followers, who believe she can bring change for the masses. Having noted that some were not sold to the idea of her standing for office, more so because she appears to be a carefree individual. Ntsiki Mazwai was one of those people who was against this, and revealed how Kuli used to bully her back in the day.

Well, Manyi, recently took to Twitter with a shocking statement about Kuli no longer ATM’s Councillor candidate. He also stated that the journalist, media personality, author and actress has also resigned as a member of the party. It is not clear though, why this is the case, and Kuli hasn’t said her side of the story on the matter. The party however, wished her nothing but the best in her future endeavors.

“Due to unforeseen and confidential circumstances, it is no longer possible to have Nomakula Roberts as a member and ward councillor candidate of the African Transformation Movement,” Manyi said. 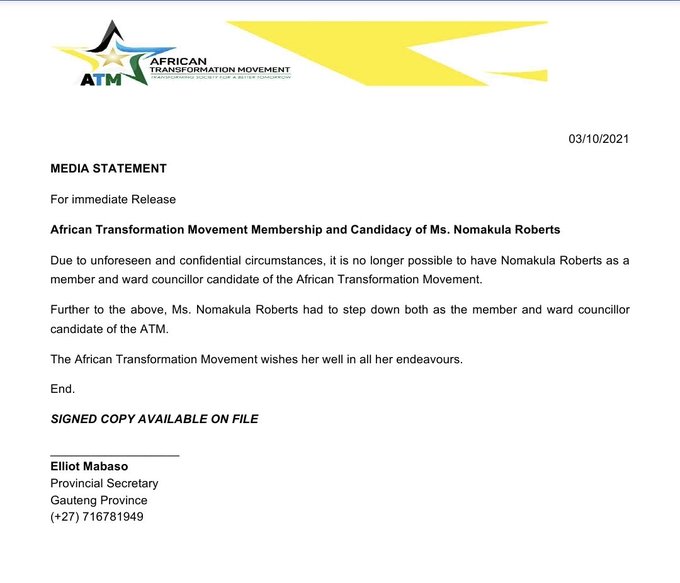