Makgotso M is a South African actress best known for her soap opera roles as Kamogelo Tsotetsi on Isidingo and as Onika on Muvhango. Makgotso M is using her acting platform very well. With four acting roles currently under her wing, she is flying even higher with no signs of slowing down. 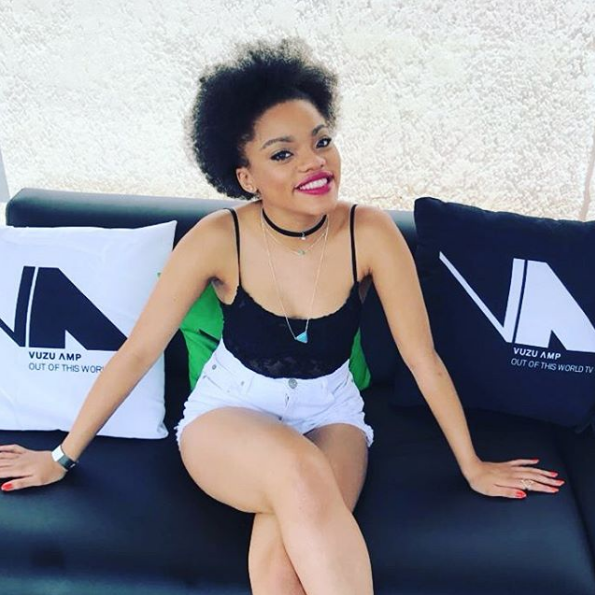 In June she joined the SABC3 soapie Isidingo as Kamogelo Tsotetsi, the rebellious younger sister of Lerato; and the SABC2 soapie Muvhango as the manic, conniving Onika.

In addition, she had a guest starring role as Tselane in an episode of the SABC3 comedy-drama series Sober Companion, in Season 1, Episode 5 (which aired on 1 August). She also played the guest role of Palesa on the second season of the SABC1 drama series Mutual Friends.

Makgotso landed her first starring role in television in the Mzansi Magic teen drama series Is’thunzi, which premiered in October 2016. In the series she plays misunderstood creative spirit Thishiwe, who terrifies the community because of the darkness that befell her family.

Acting alongside my cast members never makes be comfortable, I don’t get comfortable, they always just keep me on my toes. Said the actress.

She was born in Johannesburg, Alberton. She attended a primary school called Albertview until the age of 11. At that point she moved to the United Kingdom with her mother and sister. She went on to completing a BA Joint Honours Degree in Theatre Studies, Film and Television in Brunel University.