The beautiful Jo-anne Reyneke is an actress popularly known for her role as the receptionist Pearl on SABC2’s Muvhango and as Prudence Oliphant, the uptight office manager for Redemption Records, in e.tv’s Rhythm City. 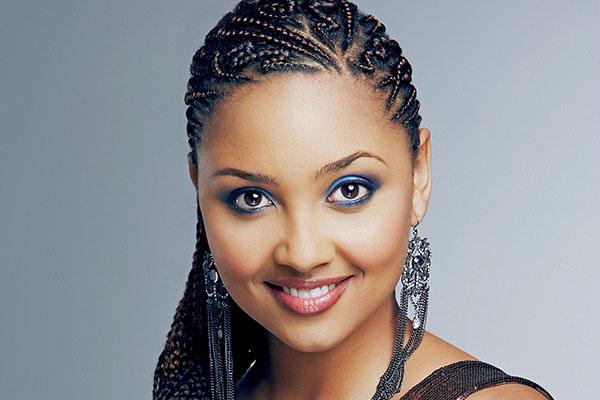 Here are 10 things you should know about the beautiful talented actor:

1.Reyneke’s interest in the performing arts started in her youth and she took up drama in high school, later continuing with the trade in college.

2. In 2013, in between her roles on Muvhango and Rhythm City, she appeared in two episodes of the SABC1 drama series Intersexions, playing a character called Layla.

3. Jo-anne is is in a relationship with former Generations actor Thami Mngqolo,.

4. The couple are the proud parents of two kids, a 3-year-old girl and 10-month-old boy.

5. The 28-year-old starlet grew up in the small town of Pietermaritzburg, where she was raised by a single mother

6. Jo-Anne reveals that growing up she was very close with her older brother, thus that’s where her tomboy side comes from.

7. Her mother is Zulu and although she has never actually met her father, he is white. His name is Johan and she was named after him.

8. Two months after giving birth to her son last year, she landed the role of a lifetime of SABC 3 telenovela High Rollers. She plays the role of ballsy chartered accountant Busi Duma.

9. Reyneke says her High Rollers role is her second career favourite, after her 2008 breakout role on Muvhango. Her acting resume includes roles in Uzalo and Rhythm City.

10. Her least favourite role to date has been in the Mzansi Magic’s ‘Lokshin Bioskop’ film Taxi Cheeseboy, opposite rapper Riky Rick.