There’s no doubt that once upon a time, rapper AKA and Dj Zinhle were crazy for each other and were in love. In a 2014 interview with Close Up, Dj Zinhle opened up about her relationship with ex-boyfriend AKA and spoke about how she met the rapper. But we all remember when the former couple was still trying to keep their relationship under wraps and out of the public eye . Let’s look back on how these once lovebirds met…. 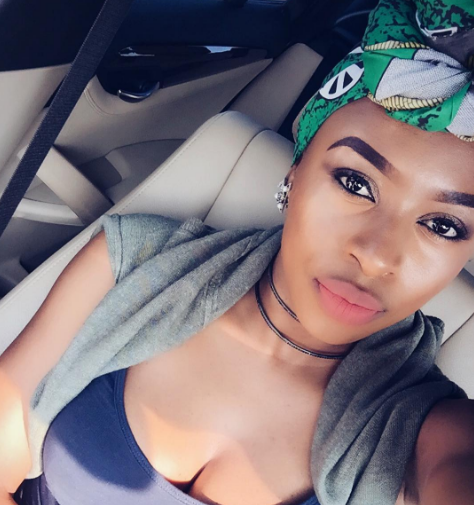 They originally met because they were in the same industry. Before you knew it they couldn’t stop hanging out with each other! Although at the beginning of 2014 both refused to tell the public that they were dating. It is however believed that the pair dated for four to five years before they called it quits.

On what led her to open up about her personal life

“People where focusing on who I dating , what I was wearing and where I was is going. I didn’t want to be known for that and that was my biggest weakness but I was working on it.”

On how she met AKA. Dj Zinhle says she was at a club one day where she was djing and that’s when AKA approached her. They started talking and one thing led to another.

Fast-forward to today, the ex lovers have a beautiful daughter Baby Kairo Forbes who will be turning a year old next month.