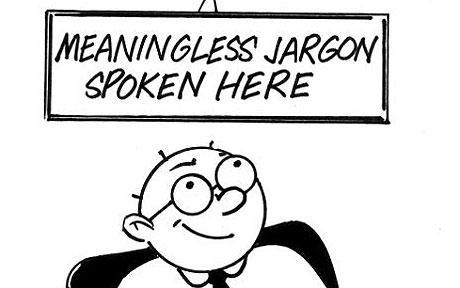 Now language is a fun and interesting thing that helps us communicate almost everything. We are constantly changing the words in the dictionary giving them a new meaning or even using them when its not really necessary to. There are quite a few word that have become annoying as well. They’re either over used or just don’t make any sense when people use them.

Below is a list of Top 10 Words and Phrases That We Think People Should Stop Using, Honestly.Please.Stop!

Hectic is a very annoying word and quite frankly has outgrown it’s stay. People need to move with the times and learn how to use simple words to express themselves. Hectic, in most cases the situation isn’t even that hectic.

We’re all all of a sudden philanthropists in all that we do, I’m sure most of us can’t even pronounce that in one try let alone spell it so I have no idea why we’re using a lot lately.

I don’t know who else is supposed to feel for you if you don’t feel a certain way towards certain situations. It’s better when you use the words “I think” rather than “I personally feel” how else are you supposed to feel besides personally?! Stop trying to look “smart” and keep your speech as simple as possible there’s no better way of communicating.

Yellow Bone. Red Bone. Any kind of bone needs to be withdrawn from you vocabulary as in like now! Pigmentation of skin has absolutely nothing to do with the colour of your bones, honestly. It also gets annoying when people are constantly hash tagging #YellowBonesBeLike, allow the kids to have a lighter pigmentation without having to feel guilty about it or better than darker people because of their skin. Let’s just stick to using words such as our birth names please and thank you!

It’s so annoying when some is standing right in front of you and in conversation instead of laughing out loud then say LOL, LOL, really? I just cracked joke of the century and the best you can come up with is, LOL!? Get outta here, aint nobody got time for fake laughs and non-existent sense of humours.

I’m not sure if this word is meant to be some sort of euphemism for the word fat or obese but it really isn’t sexy. The first thing one thinks of when they hear the word Robust is probably a juicy looking full chicken grilled to perfection. No honestly, stop using this word to refer to people’s build, they’re are better words that you can associate people with, Robust shouldn’t be one of them.

I don’t even know why I’m seeing these words in more conversations lately. The only time we should be seeing underscore is in some of your twitter handles thank you.

Yeah sure we should unite in a lot that we do but when did we move from the simplicity of Ubuntu? Pan Africanism this and that what if we were all of African descent then what? Segregation is formed when groups are formed and given names and to be a part of it you must reach certain expectations, let’s just call unity unity, no?

When someone doesn’t like something you’ve done or your actions and tells you about it. It’s not called hating mate, it’s simply being straight forward about the way you are behaving. We should all be about calling a spade a spade and stop hiding behind words such as hating, grow up.

Oh my I’m so tired of this one. OMG! Like speak, use words, preferably English words when in shock. We have no idea what kind of emotions you are trying to express when you say Oh My Word/Gosh and at the end of the conversation you’ve basically said nothing and all we’ve heard is a couple of words after a whole lot of Oh My’s.