Demetri has the ability to control the backline and is proving to be an outstanding general in the back. Another element of Demetri’s game that has impressed a lot of people is his ability to defend and is very solid in the tackle, he very rarely slips tackles. He sticks to the basics, which should be a lesson for any young and aspiring flyhalf. Here are 10 things you probably didn’t know about Demetri. 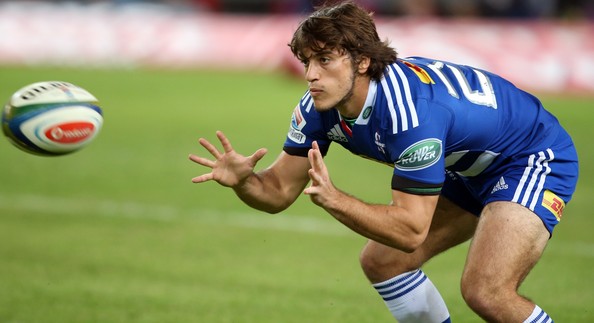 1. Demetri is of Greek and Greek Cypriot origin

2. He was born and bred in Johannesburg, Gauteng

3. Demetri attended St John’s College in Johannesburg where he played for the 1st team (U19) as a 15-year old

4. He furthered his education at the University of Johannesburg, where he made the Lions U19 Currie Cup team

5. Demetri plays for the Western Province provincial team and the Stormers in Super Rugby

6. He has been voted the ABSA Currie Cup player of Month

7. Demetri was also a very talented footballer and had a year with top SA team Moroka Swallows

8. Demetri played for the University of Cape Town during the 2011 Varsity Cup. He was the highest point scorer of the tournament with 136 points and thus helped UCT win their first Varsity Cup against Tuks 26 – 16

9. He was called up to play for “Racing Metro”, a local club in France

10. Demetri would nominate his teammate, Centre, Adriaan Kritzinger for Idols SA as he thinks Adriaan really has a beautiful voice