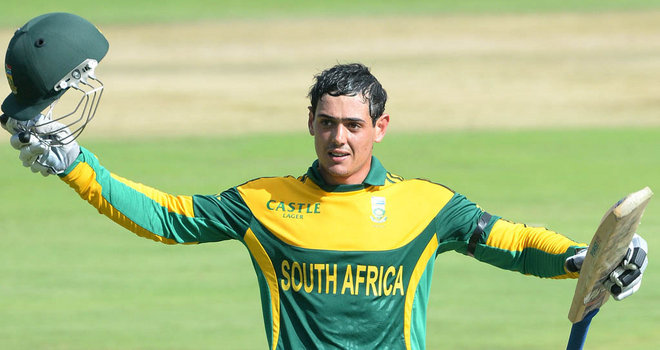 This left hand batsman and wicket keeper is known making his international ODI debut for South Africa on January 19, 2013, against New Zealand. He is also renowned for his technique and power-hitting – skills which he perfected playing baseball in his formative years. In case you didn’t know, the following are 10 things about the cricketer.

2. Domestically he represents Gauteng and the Highveld Lions

4. Quinton is known as ‘the baby-faced assassin’

5. He has a pair of goldfish named Scramble and Egg

7. His 342 runs in three innings is the most any batsman has scored in a three-match series, making Quinton the youngest SA player to score an ODI century

8. In February 2014, de Kock made his Test debut for South Africa, scoring seven runs in the first innings and 34 runs in the second innings against Australia at St George’s Oval in Port Elizabeth

9. He’s signed to the Delhi Daredevils for the 2014 Indian Premier League Tournament