Jannie du Plessis has cemented his place as the Springboks’ first choice tighthead in 2012 and played in every Test during that season. He’s a classic tighthead prop who does not shy away from the dirty work,  Jannie has been anchoring provincial scrums, first for the Toyota Cheetahs and later on for The Sharks since 2003 and plays with his younger brother Bismarck for The Sharks and the Springboks. Here are 10 things you may not have known about Jannie du Plessis. 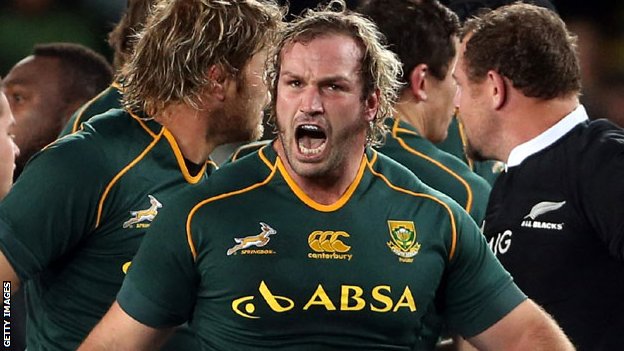 6. Jannie did his tertiary education at the University of Free State

7. He’s played in a total of 60 Springbok matches

8. Jannie is a qualified doctor, making him one of the few rugby players to simultaneously have a career outside of the sport

9. His favourite field in the medical practice is orthopaedic surgery