A big, ball-carrying loose forward in the mould of the great André Venter, Duane burst onto the scene for the Cheetahs during the 2007 Vodacom Super Rugby series. After moving to Cape Town, he’s been one of the Stormers’ most consistent players. Vermeulen, who has missed out on Springbok selection a couple of times earlier in his career because of untimely injuries, finally made his Test debut in 2012. The following are 10 things you probably didn’t know about Duane Vermeulen. 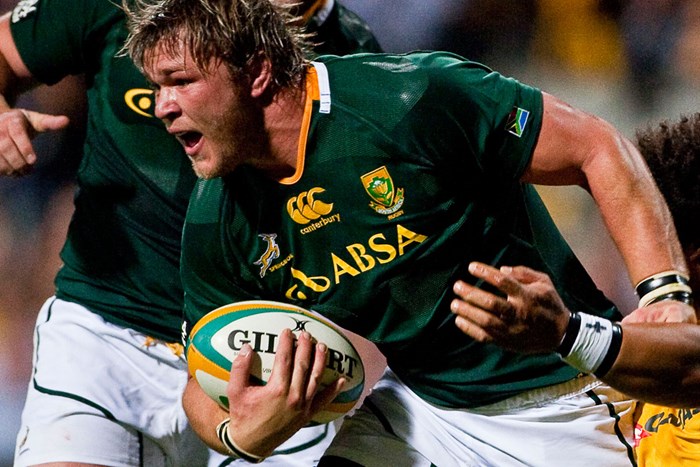 2. Duane was born and raised in Nelspruit

3. Winning the Currie Cup titles with Free State and Western Province; then earning his first Springbok call-up and going on to play his first test are Duane’s proudest rugby moments

4. His favourite food is anything to do with meat, accompanied by a good wine

5. Duane used to take culinary lessons and says he has some good skills in the kitchen

6. Duane married Ezel Vermeulen in 2010 and they have a son by the name of Arnu

7. He’s a big fan of golf, which is also a hobby on the side

8. Because grew up on a farm, if Duane wasn’t a rugby player he would’ve probably remained a farmer

9. A big dream of his is to own his own restaurant one day

10. His regular position is loose forward