Bryan Habana is a famous rugby player who plays for the Western Province provincial team , the Stormers and the Springbok Rugby Team. His Springbok International Debut was against England in 2004. He has won numerous awards for his on-field abilities. Here’s a top 10 list of things you may not have known about Bryan Habana. 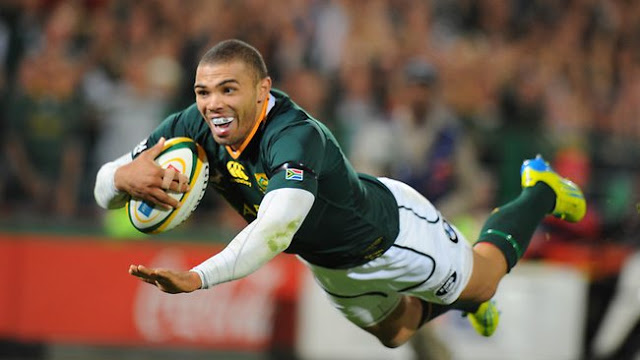 1. Bryan describes himself as fun-loving and responsible

2. He attended primary school at Meredale in the south of Johannesburg

3. Bryan’s love for rugby grew out of watching Francois Pienaar and the World Cup in 1995

4. When he’s off the field, Bryan likes visiting shopping centres and playing golf

5. At RAU (University of Johannesburg) they used to call Bryan “Tiger”

6. Bryan’s favourite movies are “On Any Given Sunday” (Pacino) and “Men of Honour”

7. Denzel Washington and Kate Beckinsale are his favourite movie stars

10. Bryan’s got an older brother Bradley who works at Absa and a sister Alycia who is studying B.Com accounting at UJ