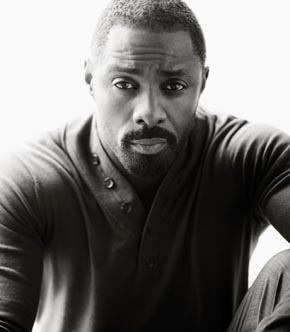 2.  Idris Elba was born 6 September 1972 in Hackney, London. His father, Winston, was a Sierra Leonean and worked at a Ford motor factory, and his mother, Eve, was a Ghanaian and had a clerical job

4.  Idris Elba himself was raised in East Ham, and shortened his first name at school in Canning Town, where he first became involved in acting

5.  Idris Elba began helping an uncle with his wedding DJ business in 1986; within a year, he had started his own DJ Company with some of his friends

6.  Idris Elba was working in nightclubs under the DJ nickname Big Driis in 1991, but began auditioning for television parts in his early twenties. After a stint in the National Youth Music Theatre, he worked the night shift at Ford Dagenham

7.  In 1995, Idris Elba landed his first role on a series called Bramwell, a medical drama set in 1890s England. He played the lead character in an episode of the first season, an African petty thief named Charlie Carter, who lost his white wife to childbirth and had to figure out how to support his newborn daughter

8.  Idris Elba appeared in the role of Charlie Gotso in The No. 1 Ladies’ Detective Agency opposite Jill Scott and Anika Noni Rose, filmed in Botswana. The series premiered on 23 March 2008, Easter Sunday, on BBC One, receiving a high 6.3 million viewers and 27% of the audience share

10.  Idris Elba co-produced and performed on the intro to Jay-Z’s 2007 album American Gangster

12.  In 2012, Idris Elba directed and performed in the Mumford and Sons music video for “Lover of the Light”.

13.  Recently Idris Elba has portrayed one of the greatest man on this earth the former South African President Nelson Mandela in the film based on the autobiography, Long Walk to Freedom

14.  Idris Elba spends much of his time in London, but also owns a home in Atlanta

15.  Idris Elba has been a fan of Arsenal F.C. since he was a teenager